Participants will paddle 6.343 meters across the Canal of Corinth.

The Canal is one of the most important constructions of modern Greece and has heavily influenced the Mediterranean commerce, standing as an inspirational idea, although it was completed…25 centuries after its original conception.

“Afinios Corinth” was one of the most important cities of both ancient and modern Greece. Its geographical location helped it become a great Maritime, Commercial and Cultural Center.

The Canal’s total length is 6,343 meters, 540 meters of which are occupied by the Isthmian and Posidonia outer harbors.

The Canal’s maximum width is 24,60 meters (sea level) and 21 meters deep. Its depth is 8 meters and the maximum high of the impressive walls on both sides of the canal is 80 meters.

The starting and ending points of the crossing will be announced five (5) days before the starting date and all participants will be informed through the event’s website and via e-mail by the Organizing Committee.

This is due to the existing currents (2 1/2 – 3 knots) along the Canal, which change direction every six (6) hours.

For the participants’ safety, the starting point will be on the canal side where sea currents flow beneficially.

The starting line will be in the sea, just before the one of the two (2) sinking bridges (either Isthmia or Posidonia) - depending on the currents flow – where the width of the channel is bigger. The end will be either on the beach or in the sea, depending on the weather conditions. 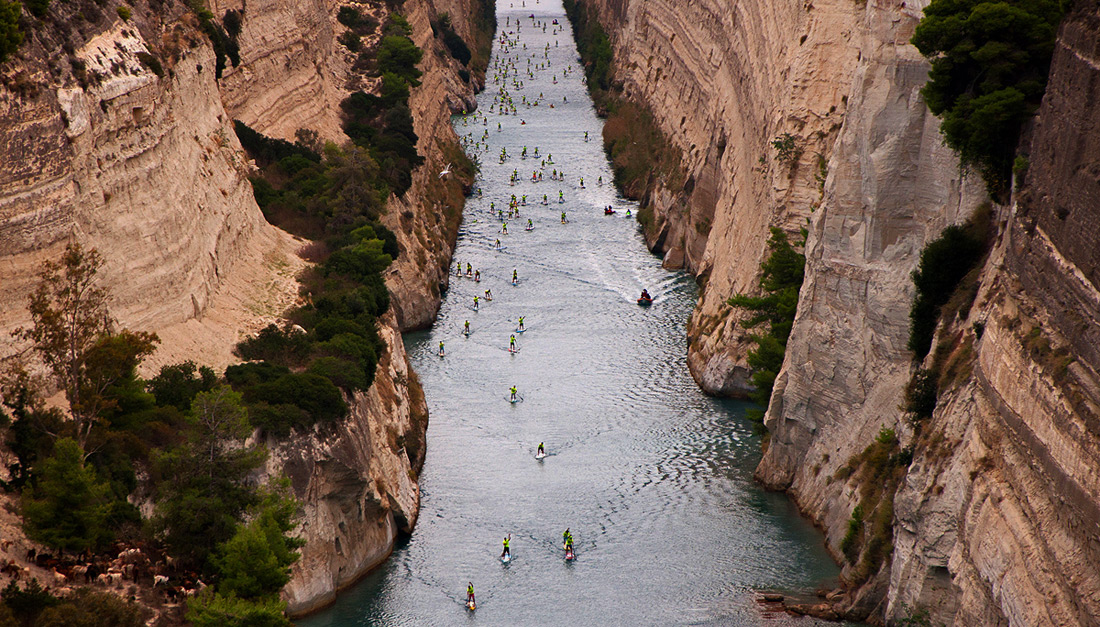