The idea was bold, the planning was tough but the bureaucracy was the most difficult to overcome. Finaly after months of trying the permission was given. The canal was in our disposal for 3 hours. We had only few days to organize. That meant, everything must be fast.

Everybody gathered at 6:00am just before Elefsina’s toll station and everyone anticipated for this experience that was going to be for the first time ever.

SUP boards were loaded on the trailer, and the “gang” gathered from Cyprous, Andros, Ios, Crete and Athens

Around 8:30 everyone was in his place. The boards alredy in the water and after a warm up, a voice from the Control Tower announced: ” In two minutes the bridge will sink for the crossing. Are you ready?”. PRO: “All lined and ready!”. The voice again:“The bridge is sinking… You are good to go…” 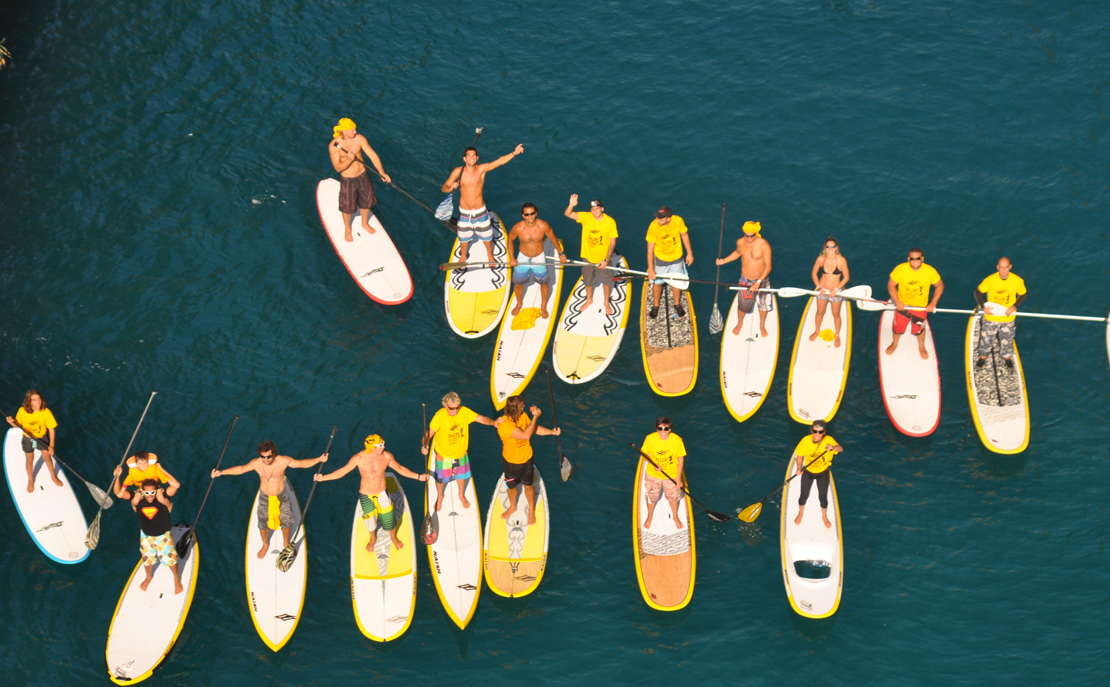 The calm water of Posidonia rinkled, as athletes started to paddle, wanting to be the first inside the historic canal. Passing the sinking bridge, couldn’t get which is in the lead but … this a dream come true!

Fellings are flooding everyone. Satisfaction, pride and great joy. Images that can not be translated in words… Blue green waters, 80m high walls on each side, remnants from ancient Diolkos and a calming peace. Only the sound of paddles hitting the water.

Everyone was thinking. What was better? Paddle in order to have a good time and result or to enjoy the beauty inside the canal? And then realized that no one is in a hurry to finish, feeling extremely lucky to be there for as long as it could possible take.

Reaching the first bridge, Albina our photographer, was hanging just for the perfect shot…

The crowd on the bridge is gathered, staring down and applauding the padllers.

On the horizon, Isthmia, the exit from the canal. No one wanted this to end, except Billy, from Andros, who got fast paddling rhythm from the beggining on his Glide Javelin 14’0”.

A cruise ship is waiting us to exit, in order to cross and continue it’s journey. None from the passengers seemed to be resented by this delay. They were all taking pictures and waving. We waved back at them, taking over our shoulders some last glances of the canal.

Every paddler would like to thank A.E.DI.K. (Canal’s Management) for making this happen.

The crossing of the Historic canal of Corinth from now, claims to be and consider as equal event to other big international events organized in Switzerland, France, Holland, Germany and others.

Which none of them has the same history and beauty like the Corinth’s!! The first Corinth Canal SUP Crossing, on October 4th 2011, is a fact!! The foundation was layed for this event to become an international event. 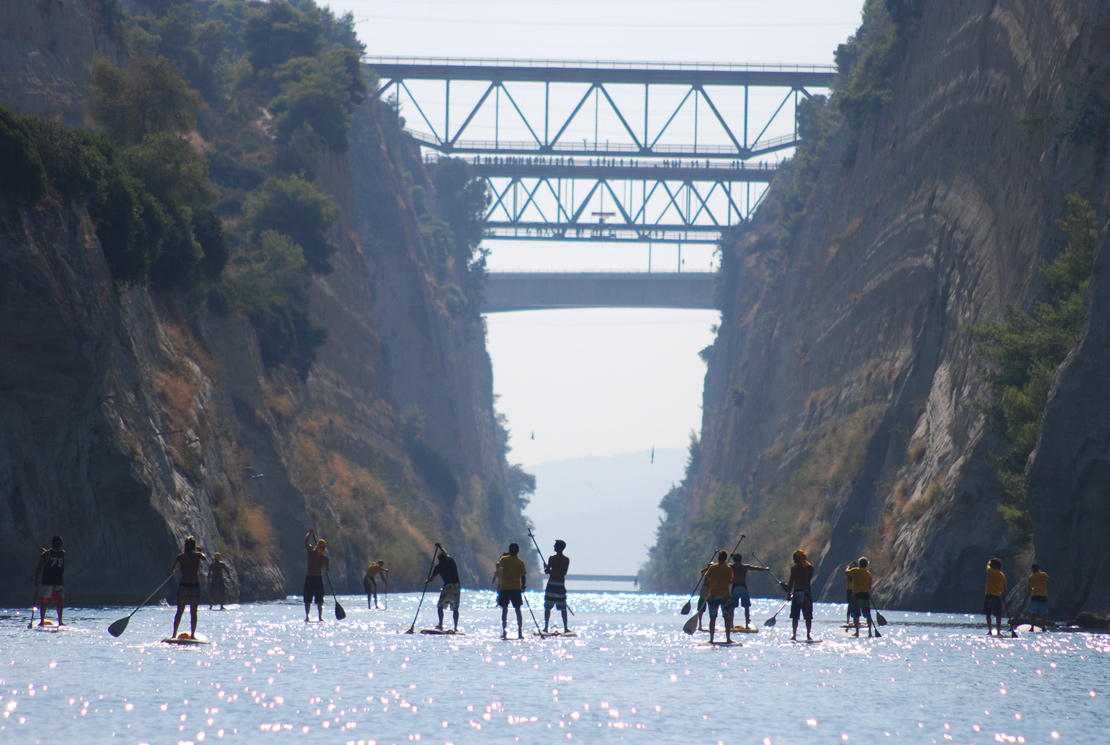 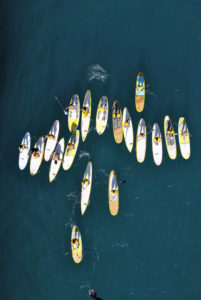 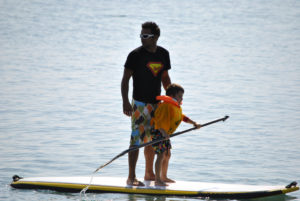 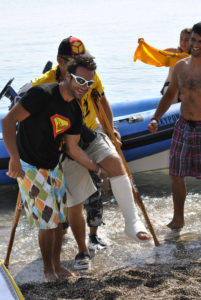 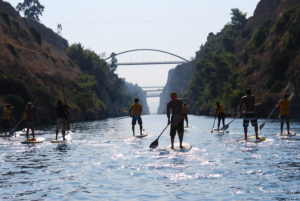 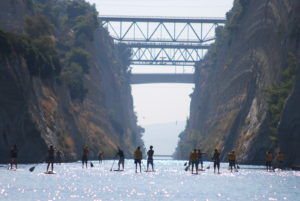 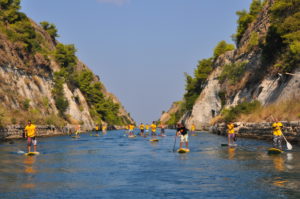 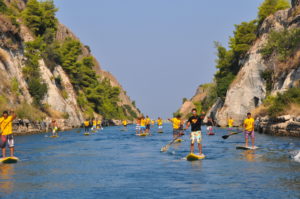 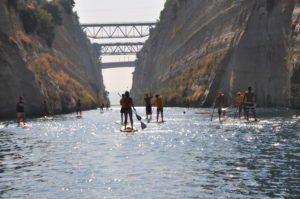 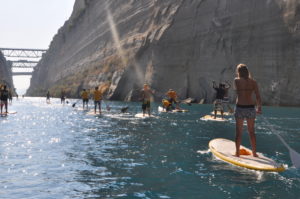 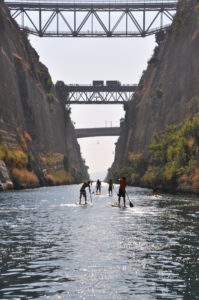 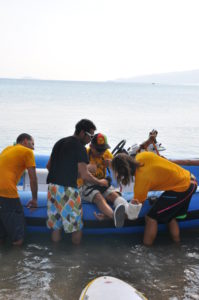 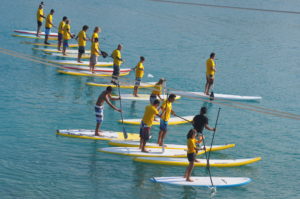 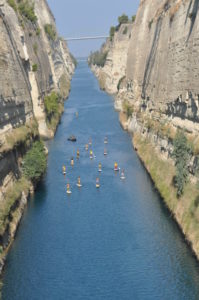 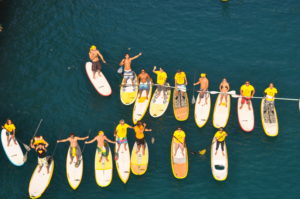 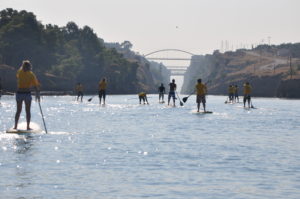