“The greatest race” in history of Greek SUP can only be the name for the final of the 3rd Hellenic SUP CUP 2013 at Corinth canal which completes 120 years of operation.

On 20th October 2013 at 11:30 the Corinth Canal was flooded with the orange lycras of 129 paddlers. Excluding the record breaking number of participants ever in Greek SUP race, the final was special because, among the Greek paddlers were also two of the world’s elite paddlers, Casper Steinfath and Eric Terrien. With all the eyes on both of them the signal for the start was given and everyone paddled towards the finish line across the canal crossing the 6.4km of flat waters. 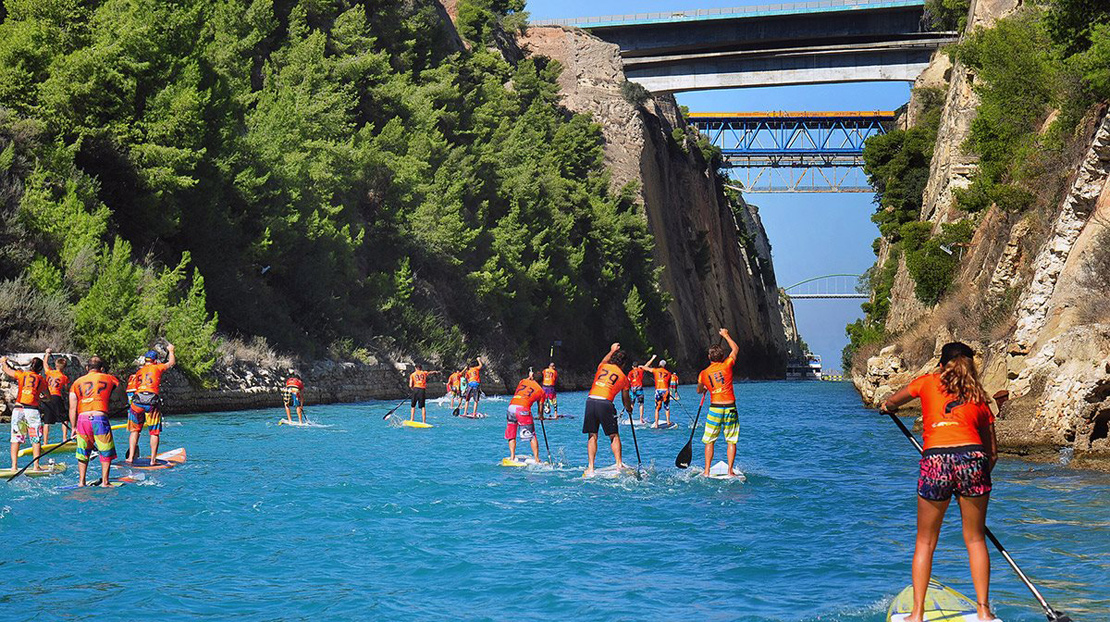 First crossed the finishing line Eric Terrien followed by Casper Steinfath in second place and George Fragos , the Greek champ in third. Everyone finished in this SUP fest, amongst cheers from the crowd watching the race. 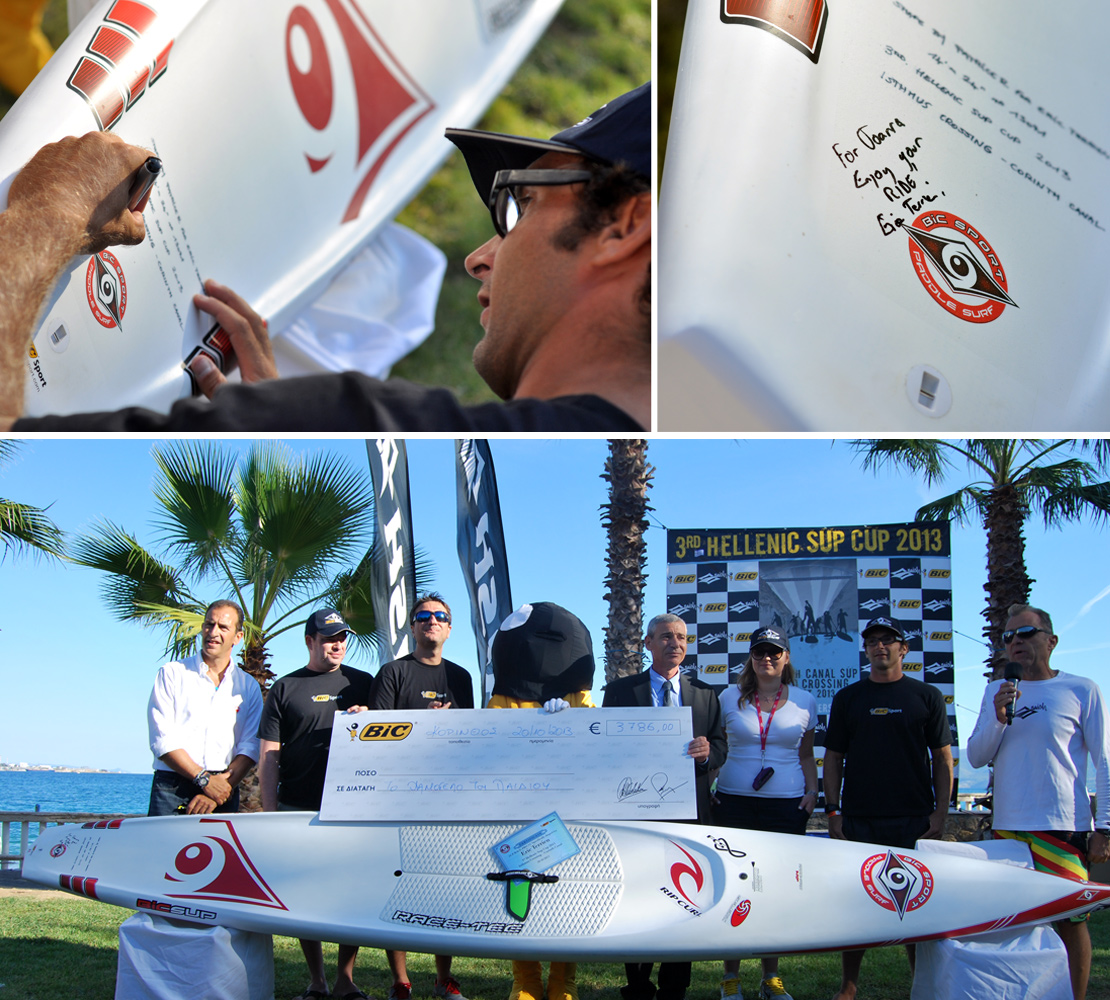 Big surprise, for everyone, was the return of the paddlers and crowd, being at the finish, with “ARGO” , a cruising boat, which gave to all another glance of the canals great walls.

Excitement , fun, great number of participants and a bag full of good memories  for everyone was the wrap of the 3rd Hellenic SUP CUP . The many kids that participated sent out the message that the Greek SUP community has a lot to show in the next years. Watch out… 4th Hellenic SUP CUP is coming. 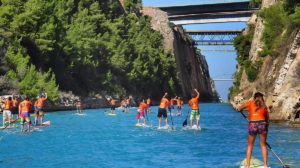 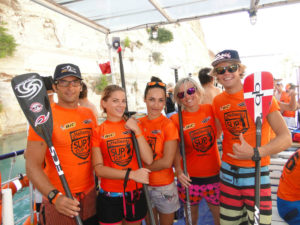 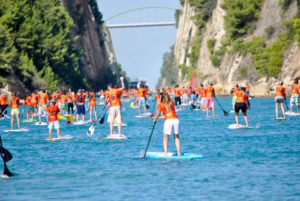 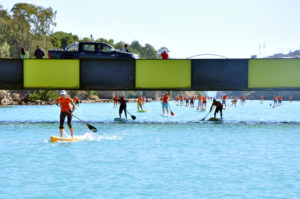 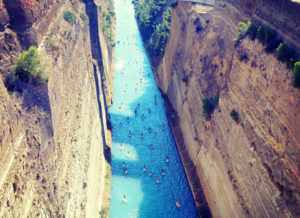 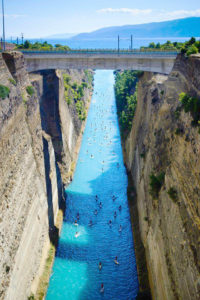 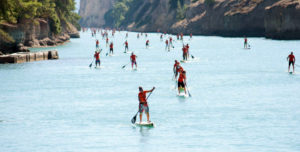 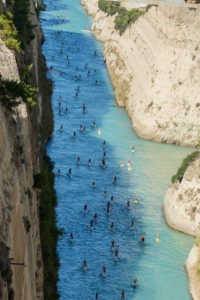 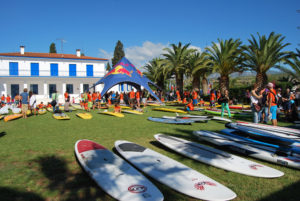 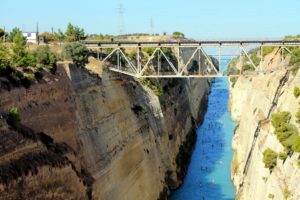 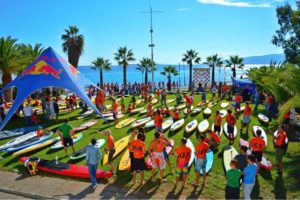 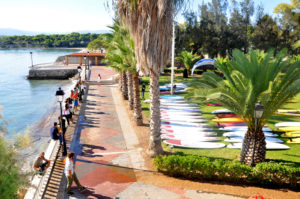 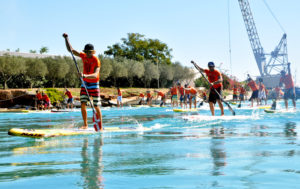 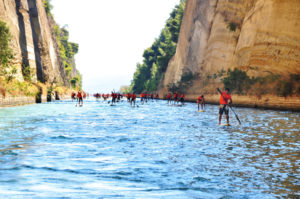 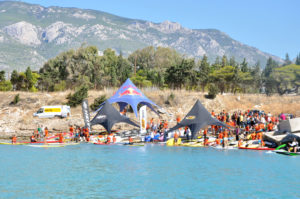 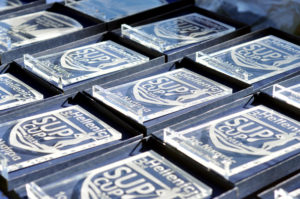 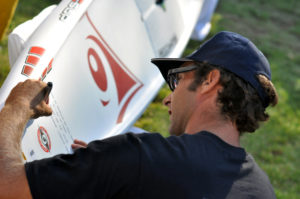 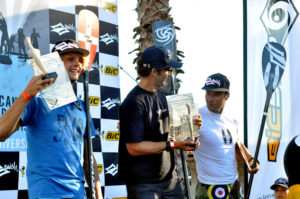 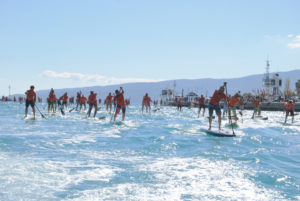 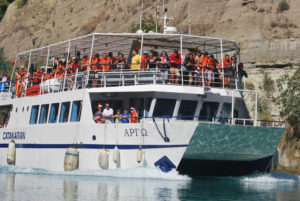 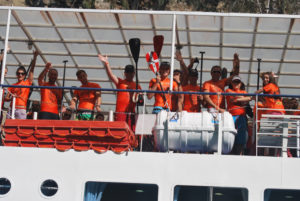 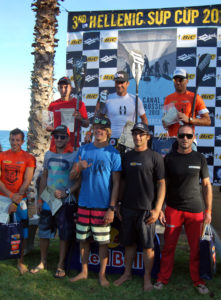 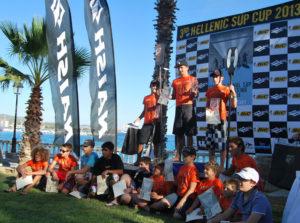 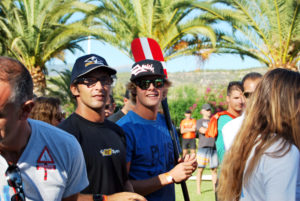 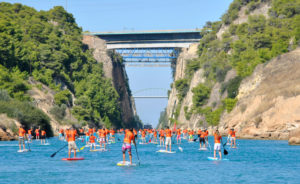